UPDATE from NLand Surf Park on March 23, 2016 at 3:25pm: “Hey NLanders, We wanted to clarify some news spinning around the web. We are working through our commissioning period alongside the city and county to ensure NLand operates at the highest level of quality and safety. We have not set our specific opening date, but are on schedule to open this spring. You’ll be the first to know when our waves are rolling.”

Tuesday, March 22, 2016
Posted on The Inertia: America’s First Wavegarden Set to Open in Austin, Texas this Spring
Words by: Zach Weisberg, Founder of The Inertia

It’s time. It’s time for middle America to taste the glory of surfing.

Today, Honokea Surf Villages and Resorts distributed a press release announcing that the much anticipated Wavegarden in Austin Texas, named NLand Surf Park, will open its doors this Spring 2016. The park will span 160 acres and feature a 13-acre lagoon that includes a host of surrounding accoutrements like lodging, food, retail, and a surf school. 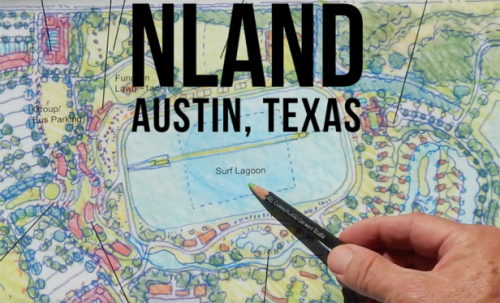 “Working in Austin with the Coors family to create the biggest, greenest surf park in the world was a great experience and something I know Texas will be proud of,” said Honokea founder and CEO Kenan “Keno” Knieriem Jr in the release. “More importantly, it provides a place to build community and to share the joy of surfing.”

The project has been more than two years in the making, as the Honokea team relocated from Hawaii to Austin in 2014 to begin working with the Wavegarden team and the Coors family to select the site, plan construction, and work with the community.

“They personally connected with Austin’s legislature and leaders in sustainability and conservation to blend Austin’s cultural and community standards into the surf park,” reads a press release distributed by Honokea today. “Together, they came up with a surf real estate development that is environmentally friendly, great for families and is a model that can be scaled over time and integrated in other cities.”

Naysayers might find comfort in this: respected Hawaiian waterman Brian Keaulana is co-founder and president of Honokea, and he (obviously) believes in his product:

“The wave technology is awesome, and both the pros and the groms love to surf the wave,” said legendary waterman and Honokea co-founder and president Brian Keaulana. “We are expecting a future world surf champ from Austin.” 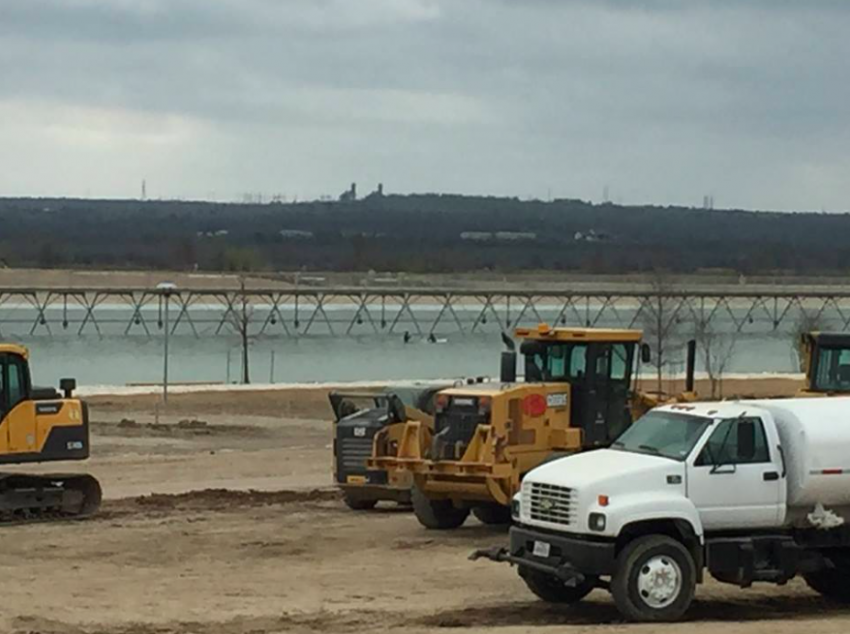 The company also asserts that it has taken extraordinary measures to minimize the  development’s environmental footprint. The press release reads:

“Honokea worked with Dr. Lauren Ross, president of Austin’s Glenrose Engineering to develop water and waste management strategies to take the development “off-the-grid.” Water demand for the development and surf lagoon will be supplied and sustained by stored rainwater even in the most challenging drought conditions. Honokea also engaged Austin’s local utility provider to establish 100 percent renewable energy sources for the surf park, as well as developed their own concepts for sustainable construction processes and on-site food production, to be implemented in future surf parks.” 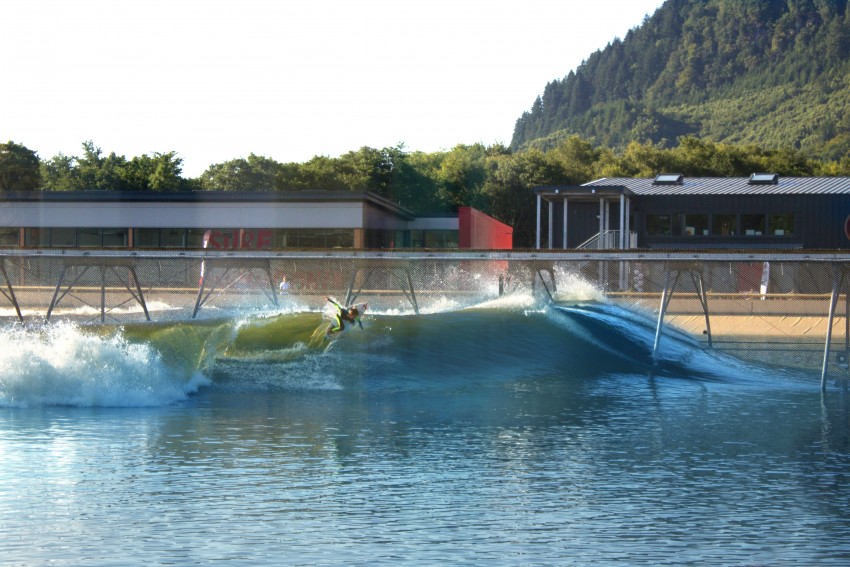 “Hawai‘i is recognized as the birthplace of modern surfing but also a culture that learned to thrive on limited resources by creating sustainable technologies like fishponds and vast plains of irrigated agriculture like taro fields,” said Keaulana. “Combining centuries of indigenous knowledge with the best practices of today shows how we can learn from the past to design a better future. We applied this to our original master plan in Austin to share the aloha spirit for generations to come.”