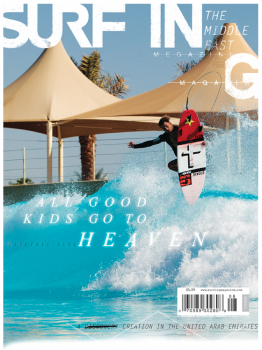 The resulting film from the trip was an incredible showcase of the future role that wave pools and surf parks will play in the world of surfing. The wave technology realm is bound to make an impact on the performance level of surfing and Dion certainly does a great job of proving this theory in Globe’s Electric Blue Heaven.

Read the full press release from Globe below: 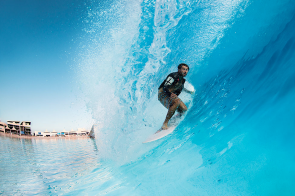 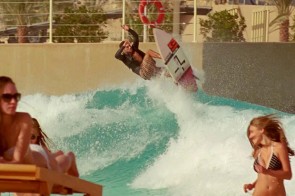 A few weeks back, Dion Agius and crew embarked on a journey to the Middle East. A journey for waves. A journey that would bring Dion to unleash on the world’s best man made wave. A studio for surfing. Smack in the middle of a desert mountain range in a foreign land. 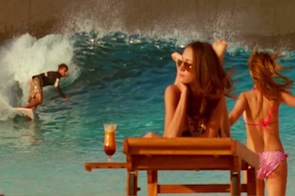 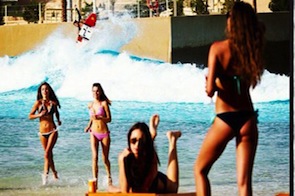 There was a concept. A concept involving 10 Russian models, a Lamborghini, and Dion boosting virtually every air in the book, plus a couple new ones. Electric blue water contrasting against wild mountainous backdrops. 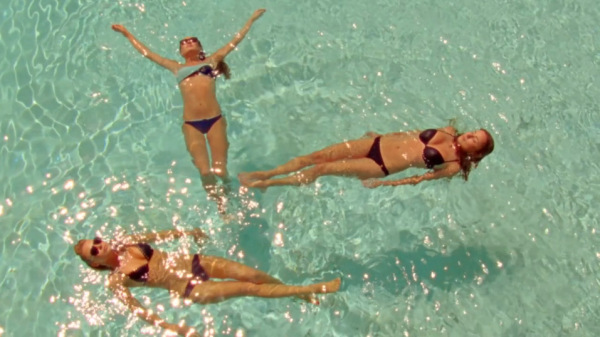 A story was captured. Captured through the lenses of Joe G, DJ Struntz, Beren Hall, and Grady Archbold. Motion & Still. Film & HD. The story will be told through the pages of our global media partners and through this short film directed by Joe G.”