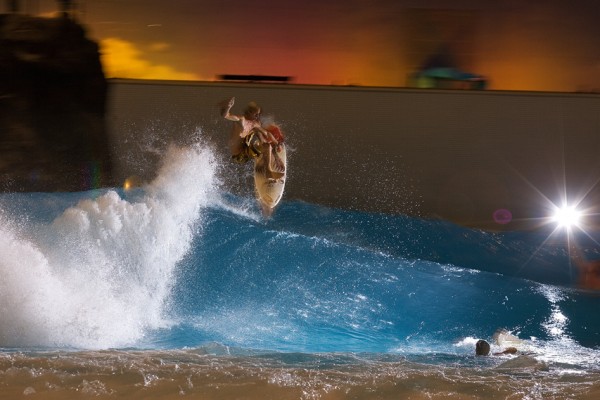 This is 16-year-old Owen Wright about to land on Mitch Coleborn. Photo by Andrew Shield

February 18, 2013: New flashback feature of the best wave pool the world has ever seen on Australia’s Surfing Life…the Miyazaki Ocean Dome in Japan.

“Filmed and edited by Ryan Kenny. If you’d like to buy the issue that this DVD came with, click here.

The year is 2007 and Surfing Life has assembled the greatest squad in Hot 100 history in Japan. Owen Wright, Mitch Coleborn, Julian Wilson, Heath Joske, Jay Davies and Matt Wilkinson are wide-eyed Aussie groms in the world’s whackiest nation and as we touch down in the land of the rising sun a typhoon brews us up a powerful groundswell.

Where the North Pacific meets the East China Sea we surf pumping waves for four days straight, then Japan throws us another surprise. Completely surfed-out the team can’t believe their eyes when we hit Miyazaki’s Ocean Dome. A waterpark set on hundreds of acres, right on the beach, it also hosts the best wavepool the world ever did see. 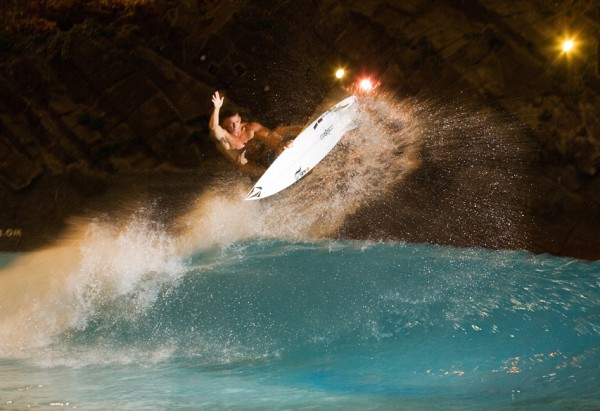 Boosting at the Miyazaki Ocean Dome circa 2007. Photo: Andrew Shields

We surf for three hours in the day with the dome open, then flick the switch on sundown and close the roof. In the evening we surf for three more hours under an artificial constellation. Shooting stars flicker in the night and an erupting volcano heralds every new set, three minutes apart.

Take six surfers sharing three waves every three minutes for three hours and this clip is the result. Two months later the Ocean Dome closed its doors, never to be surfed again. 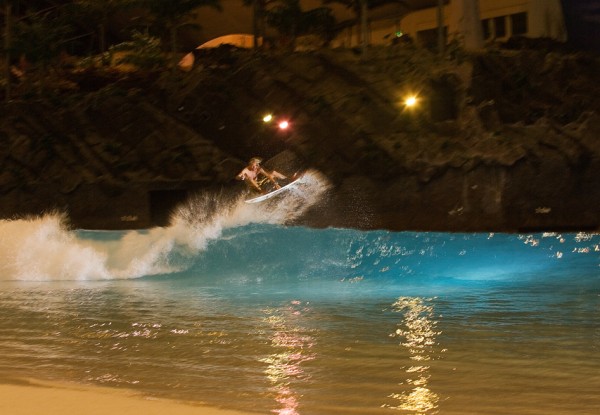 The latest issue of Surfing Life takes a good look at wavepools. For more of what’s inside click here.

Also, if you’re really looking to kill some time and came out of the above clip a tiny bit pissed that none of the lads juggled while riding a wave, you’ll be pleased that this guy did.

*The Ocean Dome opened again in 2009 but closed shortly after. We can only guess that the $50 entry fee to a fake beach was too much for people living on an island. ”