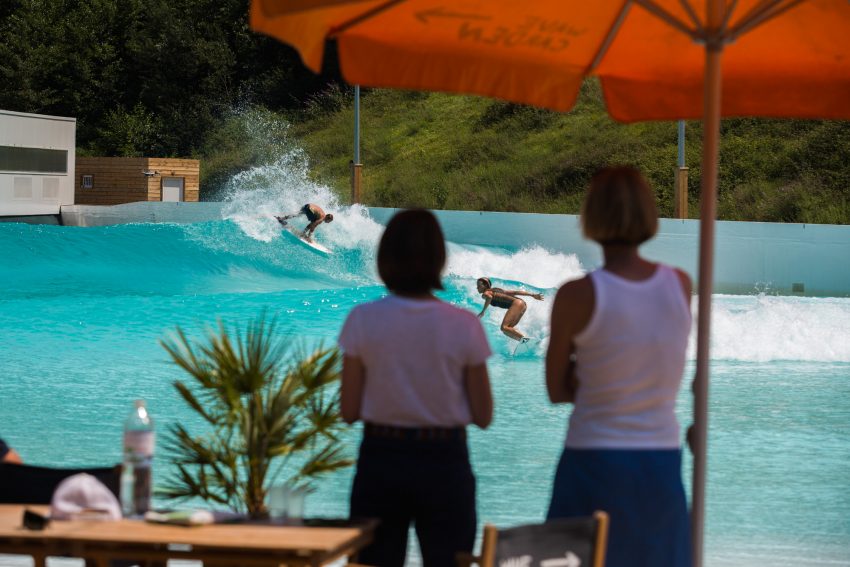 French pro surfers Joan Duru and Maud Le Car recently found a gap in their busy competition schedules to sneak in a session at the new Wavegarden Cove.

Duru, who in his maiden year on the world tour has proven his ability as a powerhouse surfer in Fiji and South Africa, jumped at the chance to rip into the Cove’s wide variety of waves. Le Car was equally impressive with her fluid rail-to-rail style, and as the two of them exchanged waves, onlookers might easily have mistaken the session for a competitive man-on-woman heat.

“It was really nice to have different waves,” said Le Car. “In the ocean sometimes you don’t have the opportunity to have those types of waves to try different things because you don’t want to fall”.

Duru quickly set about putting the new technology through its paces, testing out his repertoire on waves both small and large. He definitely took a liking to the bigger waves on offer, which enabled him to practice his vertical backhand snaps and powerful carves.

“We surfed a turn wave [which was] more hollow and that was good to hit the lip, a little bit like Snapper [Rocks],” beamed the Frenchman.