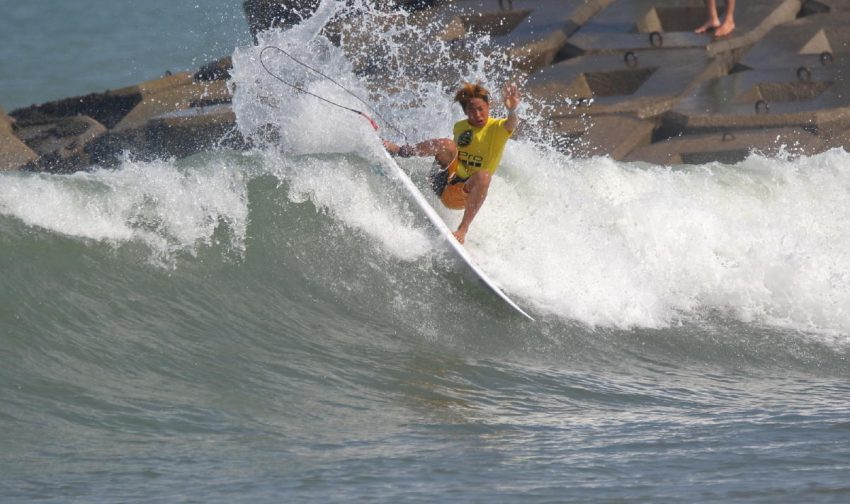 Tsurigasaki Beach has been announced as the Official Olympic Surfing Venue for the Tokyo 2020 Games. Photo: World Surf League

The Tokyo Organizing Committee of the Olympic and Paralympic Games (“Tokyo 2020”) has announced that the International Olympic Committee Executive Board approved today the venues for the five new sports – Baseball / Softball, Karate, Skateboarding, Sport Climbing, Surfing – at the Tokyo 2020 Olympic Games.

Surfing competitions will be located on the Tsurigasaki Beach (a.k.a. Shidashita), located at the southern end of the Kujukuri (literally “endless”) Beach in Chiba prefecture, which stretches about 60km along Japan’s Pacific coast. It is a popular surfing beach offering great waves all year around. A number of international and national surfing competitions have been held there.

Through these additional sports, the Tokyo 2020 Games aims to inspire new generations and become a turning point and a model for future Olympic Games.

The Tokyo 2020 Games will utilize a total of 39 venues – 8 new permanent venues, 22 existing sites and 9 temporary venues, most of which are located in two zones of the city. 38 of these 39 venues will be used for competitions of the Olympic Games, and 20 of them will be used for the Paralympic Games. The Olympic and Paralympic Village will be located right between the two zones – the Heritage Zone and the Tokyo Bay Zone – which will offer unique reflections for the world of both the history and the future of the Olympic and Paralympic Games.

With 56 per cent of the venues utilizing existing facilities, Tokyo 2020 has embraced Olympic Agenda 2020 to create a sustainable legacy for the next generation, the city of Tokyo and Japan.