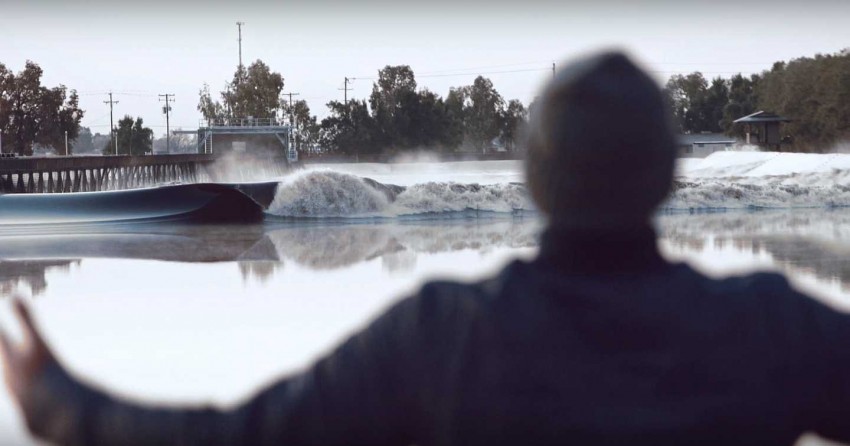 Elton John’s Grammy’s afterparty is no longer the hottest ticket in town. It doesn’t matter who you are, a text from Kelly Slater is a thrill. But, it’s a face-meltingly-good day when it arrives with the following missive: Would you like to join me in Fresno to surf (and test) my new wave pool?

Yup, Slater’s opening his pool to his nearest and dearest pals over the next few weeks.

The most talked-about surf locale on Earth this year isn’t Pipeline, Teahupoo or Skeleton Bay. It’s a wave that’s 100 miles from the ocean and a wave that has only ever been surfed by Kelly Slater. But, that’s all about to change.

Kelly has organised three different pool days. One with he and John Florence. One day with Carissa Moore and Steph Gilmore. And, a final day with all of his Momentum-era bros. We’re talking everyone from Jason Weatherly to Ross Williams. Rights, and lefts.

The details are foggy, but there’s just one rule: No cameras. So, it’s very likely that it’ll still be some months before we see anything new from the wave. And, given the secrecy of the KS wave pool camp since the former waterski park was bought in January 2014 and the first look revealed at the end of December 2015, security will be tight.

These sessions are likely in place to see what world class surfers think of the 45-second ride, and determine what the future of the pool might be. Stab reported recently that an event is slated here for early August, and this follows talks of a potential world tour event here as early as 2017.

When this clip dropped in December last year, there wasn’t a surfer on earth who wasn’t talking about the wave. Turns out, it wasn’t just surfers freaking on his creation. No, not Elton John, but word on the street is that Mr Kanye West texted Kelly asking if he could play at the pool and potentially collaborate in some way with KS. Can you imagine the all-CAPS tweets from Yeezy draped in OuterKnown, poolside, fanning out on KS!