Kelly Slater Wave Company Surf Ranch has filed for a temporary use permit in Lemoore, California 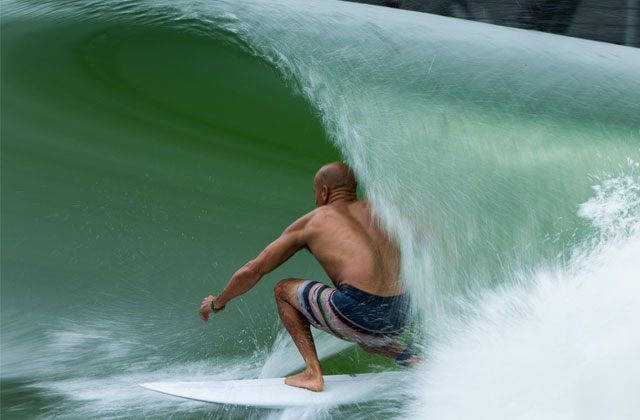 The plot continues to thicken around the Kelly Slater Surf Ranch. The company has just recently filed a permit application in Lemoore, California, to extend the facilities operational capabilities.

The permit will allow “up to six events per calendar year, including recreational and competitive surfing events, and ancillary music performances during a two-to-four day period,” reads the application.

According to the permit app, the ranch is looking to build a staff of over 50 people, which will help fill rolls around events, management and marketing. The Slater camp’s application is seeking the ability to support a crowd of over 8,000 people, up to six times per year. Previously the biggest event in the area is the Clovis Rodeo, which just enjoyed its 102nd anniversary. The Surf Ranch appears to have plans to dramatically ramp up their venue with expanded infrastructure, including areas for music concerts and entertainment.

The application as published on the Hartford Sentinel states, “Operations under this SRCUP will permit up to six events per calendar year, including recreational and competitive surfing events, and ancillary music performances during a two-to-four day period (i.e. Thursday through Sunday evening). Event operation time will be from 6 a.m. to 11 p.m. Attendance is estimated to be up to 8,000 guests per day, over a two-to-four day period. Temporary bleachers, sound equipment, and lighting equipment may be setup for events and live music performances. Parking will be provided on site during the events. Contracted services will include traffic control, security, temporary lighting, potable water, portable toilets, wash stations, and trash services for each event. “

The project would also use the abandoned golf course to the east of the ranch located north of Jackson Avenue and west of 18th Avenue.

It’s also worth noting, that one of the main points made in the WSL’s press statement announcing the hire of new CEO Sophie Goldschmidt was to further the development of the Slater Surf Ranch franchise. News of the permit application is probably not a coincidence.

The median home price in beautiful Lemoore is a steal at $242,000. This could be your chance to get in on the ground floor of faux oceanfront property.