Kelly’s Surf Ranch has received conditional-use permits to open up to the public and perform a series of phased expansions. 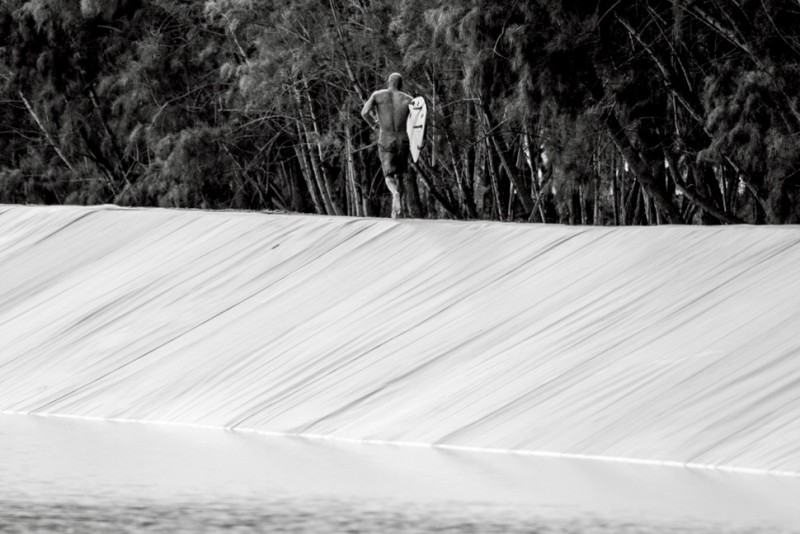 The Surf Ranch will host the Founders’ Cup of Surfing event this May 5-6. Just before the event, Kelly’s Surf Ranch is Approved for Public Use.

April 13, 2018. The WSL and Kelly are throwing waiting periods to the wind. They have been approved to open up the surf park to the public and host up to six professional surf contests per year. Their planned expansions look all the way to 2026 and include turning the Surf Ranch into a “pre-season training center” for pro surfers. They’re looking to double-up on wave pools in order to have two specifically for prototype testing.

The Australian Olympic Team has already booked time slots at the Ranch for an unknown price. As such, it’s also unknown how much KSWC would potentially charge to the public to have scheduled sessions.

Recently, the Kings County Planning Commission approved the proposed plan from the Kelly Slater Wave Company in Leemore. Part of the plan includes opening up the park to regular public use. Since the park opened, it has been strictly an invite-only location. Currently, the Surf Park staffs about 15 people regularly. The plan envisioned with this proposal looks to double that number as well as expand the geographical area of the park.

“Conditional Use Permit Application No. 17- 05” now allows Kelly’s Surf Ranch to open to the public for private surf lessons and programs as well as a number of professional surfing events.

Apart from possibly opening their doors up to the public on a regular basis, the park has plans that extend into 2026 and beyond. The plan includes two new prototype wave generating machines and up to seven buildings. The buildings, along with the entire facility, will be able to support up to 8,000 visitors during special events.

During these special events, in order to fill the rolls of guest services, water safety, and operations/maintenance, the park expects to staff around thirty people.

Phase 3 of the proposed Surf Ranch Project would allow the realization of up to seven buildings and two spaces for wave prototype development systems.

The buildings would occupy up to a 10,000 square foot space and reach up to two stories high. The timeframe is set between 2018 to 2022, each project will take between two and four months to finish. The completion of water spaces for the wave prototype development systems are further down the timeline, estimated completion would be between 2020-2026.

The proposed buildings are as follows:

What they have planned is not yet completely clear. The park has been approved to operate on a public scale which is not surprising. However, the phased expansion plans show that the “public” could mean “groups of professional, paid surfers.” Which is fine. It’s Kelly’s Surf Ranch and mainly owned by the WSL. It’s not surprising they would want all of their surfers’ training there all of the time.

The Kings County Planning Commission has approved the Ranch in Leemore to host up to six professional surfing contest a year. Throwing waiting periods aside, each competition will last 2-3 days. Running alongside the surf events, the park has plans and infrastructure to support musical performances, food vending, as well as limited tent and recreational vehicle camping.

Implementing temporary infrastructure and using contracted services for things like traffic, the surfing venue in the middle of California will be able to support what the public can bring.

The Founders’ Cup of Surfing Presented by Michelob ULTRA Pure Gold, May 5-6.

This will be the first event of the six that have been approved for the Ranch. Labeled as a specialty WSL event, the Founders’ Cup is the first surf contest in which the surfers compete in teams. The Teams consist of five surfers, (3 men, 2 women) based on their continent. Implementing a style that will be seen moving forward in Olympic Surfing.

Although the Founders’ Cup doesn’t expect to draw numbers that would reach their 8,000 person limit, they do plan to see about 5,000 attendees.

Parking for the contest will be available at West Hills College in Lemoore and at the Tachi Palace in Kings County. Shuttle service will be available. As part of their planned expansion, future event parking will be provided on-site at the Ranch.

Tickets to attend the Founders’ Cup of Surfing are available for purchase here.