The Wavegarden team recently invited 16 year old Brazilian surf prodigy Mateus Herdy to drop past their R&D demo centre in the Basque Country of Spain to trial their Wavegarden Cove prototype on his new Pukas surfboards. 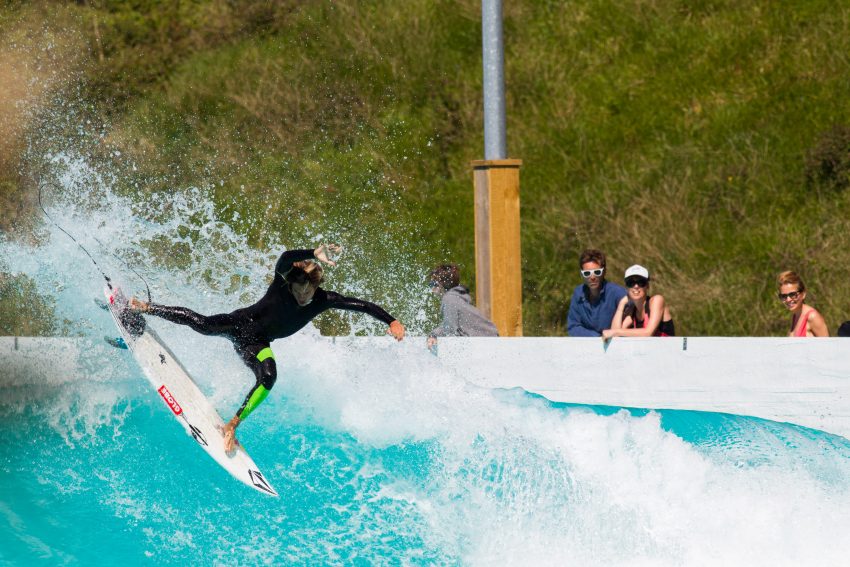 Rated as one of the most talented junior surfers in the world, the young upstart was able to put his equipment through its paces in a solo session he won’t be forgetting any time soon. In Mateu’s words, “It’s a good wave to do whatever you want.“

The son of Alexandre Herdy and the nephew of Guilherme Herdy, both former pro’s and surf legends in Brazil, Mateus was in Europe for the first time competing in the World Surf League’s WQS in Zarautz.

Wavegarden is a cutting-edge engineering company dedicated to the research, design, manufacture, installation and operation of world-class wave generating systems and surfing lagoons.

The Wavegarden headquarters are based in the Basque Country near San Sebastián, in northern Spain. After over a decade of R&D and a series of innovative breakthroughs and patents, Wavegarden is considered the market leader in the rapidly emerging sector of dynamic artificial waves.

Wavegarden’s mission is to develop the best wave creation systems possible, aiding the establishment of high-quality surfing destinations blessed with ideal and safe conditions. Their vision is to share the exhilarating experience of surfing perfect waves with everyone, everywhere.