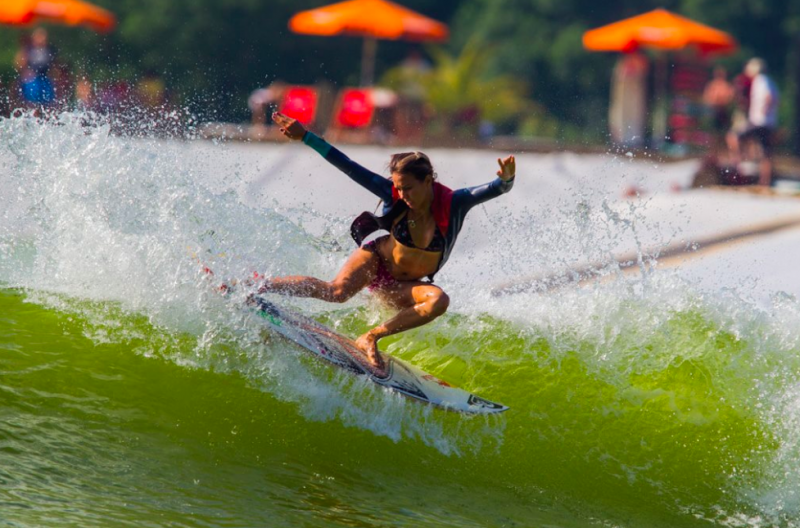 With two days left in the waiting period and the largest forecast lump an uninspiring 2ft at 6 seconds, there probably isn’t going to be any meaningful surfing going down at the Roxy Pro. All that planning and they’ve created the world’s most expensive SUP event thanks to the vagaries of Mother Nature.

In France the Atlantic is flat, high pressure dominates and the typical small summer swell train has been squeezed into irrelevancy. However, surfers love to surf (obviously..) and just a short blast around the autoroute into Spain is the wave which never sleeps, a fertile garden of waves. 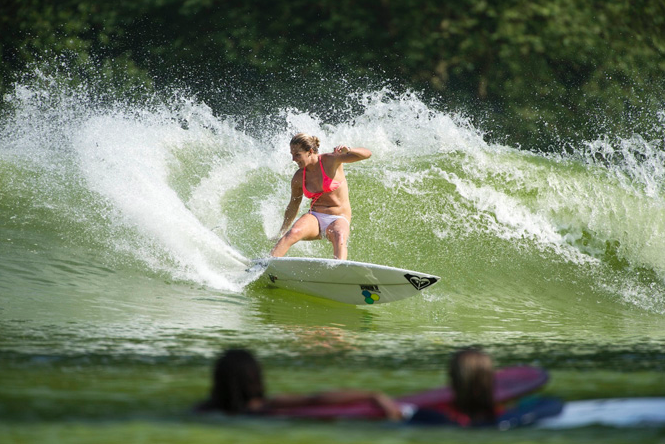 Sally Fitzgibbons, Steph Gilmore, longboarder Kelia Monitz, Lee-Ann Curren, contest director Lisa Andersen and tops-commentator Rosy Hodge left the strain of the no-go comp on the side of the pool and had went to town on some fun-sized Wavegarden walls. And how!

Check out the video below resulting from the Roxy Pro comp being canceled and see what happens when the Roxy Girls Invade Wavegarden!

Article above originally posted on MagicSeaweed.com on July 12, 2013 by Ed Temperley