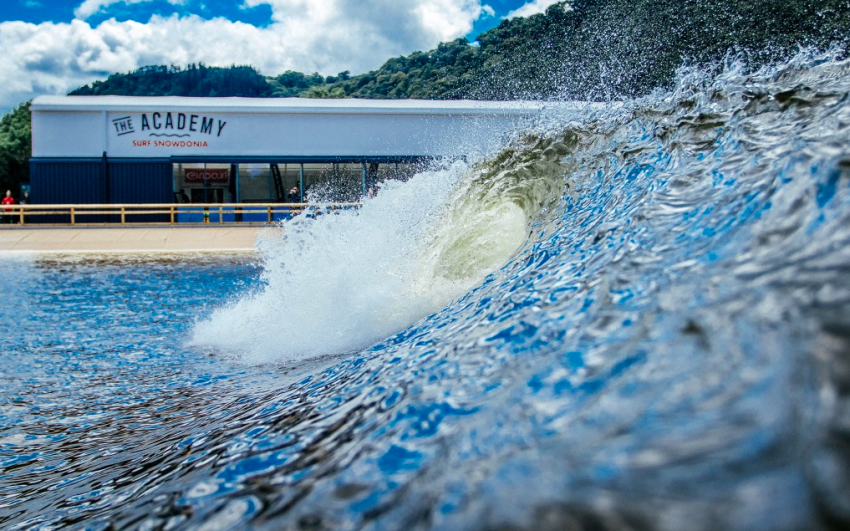 The opening of Surf Snowdonia on the first of August 2015 was a watershed moment in history of surf parks. As the first of the third generation surf parks to market, the world’s only commercial Wavegarden promised a glimpse into the future of surfing outside the ocean. In a media strategy the precise opposite of Kelly Slater Wave Company’s test facility, folks like me were glued to almost daily updates on construction, the lagoon being filled, and the first test waves put through it. Despite the end result not quite living up to expectations of a head high barrel, folks like me went ahead and pre-booked time on the advanced wave at about $65 an hour and reports from the site were likening the experience to a wave the caliber of shoulder high Trestles. Shoulder high Trestles by my self for an hour with a guaranteed set wave every five minutes for $65? All. Day. Long.

Well, maybe not all day because I couldn’t afford that, but an hour or two sure sounds like value for money to me. Unfortunately my two hours over two days were booked for mid October, about two weeks after Surf Snowdonia was forced to close for the season due to a major mechanical breakdown. A great deal of rumor preceded and followed the shut down and the reality was difficult to sift from informed industry guesses and rather stiff media releases. It all points to the questions of will Surf Snowdonia be back for 2016 and if so what if anything will be different?

In this fourth installation of the Surf Park Insider Series, Managing Director of Surf Snowdonia Andy Ainscough speaks candidly about what happened and what we can expect from Surf Snowdonia 2016. Andy will also be speaking at Surf Park Summit 2 on September 7th, 2016 in Orlando.