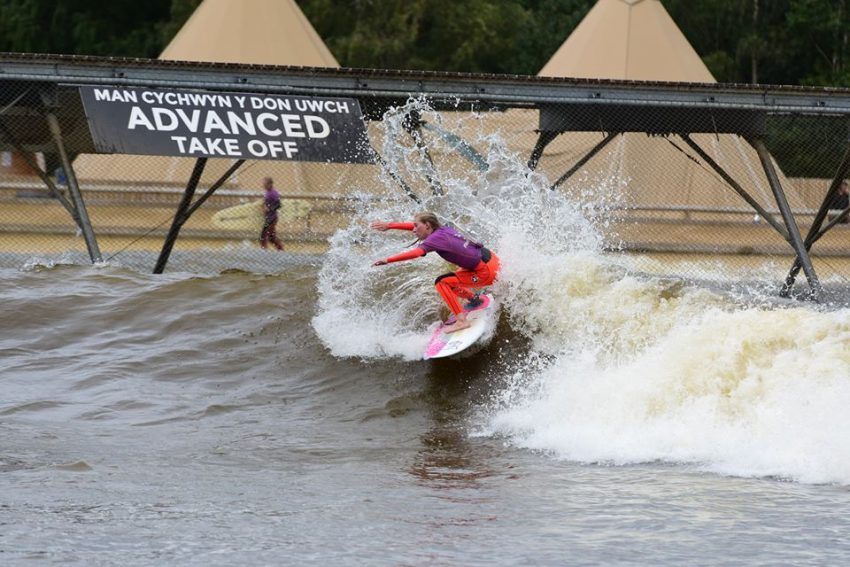 As a world-first and world-class facility we are absolutely over the moon to be – once again – breaking new ground for the sport of surfing.

We are properly delighted to announce that top national surf event – the UK Pro Surf Tour – has added Surf Snowdonia as a key date on its ongoing 2016 tour.

The inclusion of our world-first inland waves on the Pro Surf schedule is a major development for the tour, which showcases for the best surfing locations – as well as the best surfers – in the UK.

Being asked to feature on the UK Pro Surf Tour is a fantastic privilege for us and a great milestone for the sport.

In case you’re not familiar with it, the UK Pro Surf Tour sees the UK’s best surfers travelling the length and breadth of the country –  from Cornwall to as far north as Thurso in Scotland – in search of the best waves. The tour takes place between April and November each year.

It will arrive at Surf Snowdonia on October 24, 2016, when the UK’s top male, female and junior surfers will compete in a knock-out competition format for the first ever Surf Snowdonia Pro Surf Challenge. Competitors, who qualify on merit, will also include five Welsh ‘wildcard’ surfers. And there will be a substantial cash prize in each category.

The Surf Snowdonia Pro Surf Challenge will be an all-day event which will take place on the first Monday of the UK half term school holiday. We reckon it will draw a large family crowd, and it’s set to be a day of friendly but hugely exciting and intense competition.

Entry to watch the event, which we’re delighted to say has been sponsored by Conwy Council, will be free of charge.

There will be indoor as well as outdoor seated and standing viewing areas, and free parking on site. Refreshments and snacks will be available all day at our surf-side restaurant, deli and bar.

The competition day will be an enormously exciting opportunity for our crowd to witness some of the best surfing and surfers this country has to offer. We do hope you’ll be able to join us.