May 24, 2016, Santa Monica, CA — WSL Holdings, the parent company of the World Surf League (WSL), today announced an agreement in principle to acquire a majority stake in the Kelly Slater Wave Company (KSWC). The partnership between the WSL and KSWC will be dedicated to promoting the growth of high-performance surfing around the world. KSWC’s revolutionary technology creates a number of possibilities for the future of the sport. The WSL and the KSWC envision the build-out of a global network of WSL-branded high-performance training centers utilizing this wave technology. 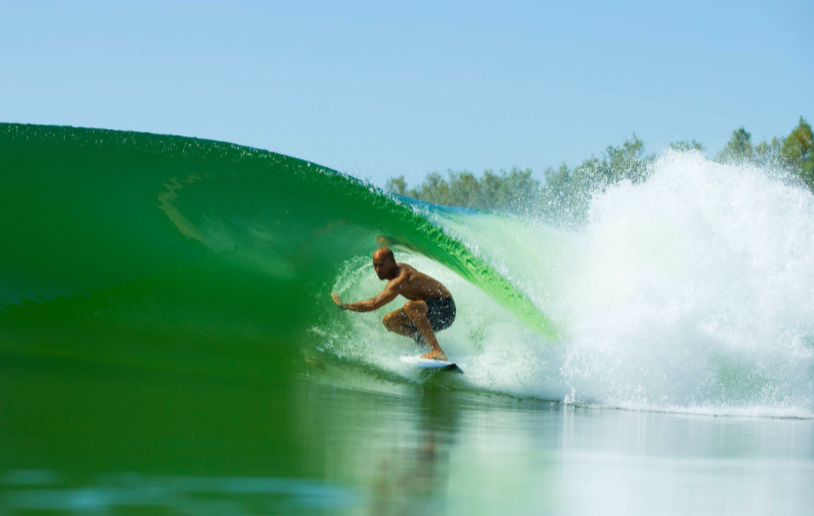 For Kelly Slater, the 11-time world champion, the creation of this wave technology is the realization of a lifelong dream and a 10-year project, and today’s announcement brings his two worlds together. “While surfing for me will always be about adventure, travel and the ocean, this wave brings a new opportunity to the sport without taking away the soulfulness that attracted many of us to surfing in first place,” said Slater. “Surfing great waves in a controlled environment adds a new dimension, as there is no hassling for waves, no stress over who got the best wave – they are all good. Everyone can relax, have fun and focus on improving their surfing.”

“It’s beyond my dreams that this wave will be a canvas for the global advancement of this great sport in partnership with the WSL,” he added. “It will democratize surfing and provide incredible training opportunities for athletes as well as aspirational surfers in areas with no ocean waves.”

“The WSL proudly represents the best in men’s and women’s competitive surfing globally, and the amazing man-made wave technology developed by Kelly Slater and his team is a revolutionary innovation that has the power to dramatically enhance every aspect of our sport,” said Paul Speaker, CEO of the WSL. “We share the same vision and passion for growing high-performance surfing, and are beyond excited to work together under one roof to bring the sport to levels and places never before possible.”

KSWC technology creates an opportunity for surfers to practice and develop ever-higher levels of performance in a repeating environment, with unprecedented opportunities for surrounding camera and sensor arrays providing immediate and perfectly accurate feedback on their progress. This is the first repeatable man-made wave that convincingly delivers the power and shape of ocean waves most sought after by accomplished surfers, including a hollow barrel allowing for long tube rides. While high-performance surfing is the core mission of both the WSL and the KSWC, the wave technology is flexible and can also create variable waves for beginner and intermediate surfers.

WSL Commissioner Kieren Perrow recently visited the first KSWC site, and said the wave surpassed his expectations. “Up until a few weeks ago, I had never ridden Kelly’s Wave, and when I did, I was blown away by the experience,” Perrow said. “It is incredible to see this wave in action – it has more energy and power than I expected and this technology holds a lot of potential for the future development of surfers just starting out and those already competing on our Championship Tour.”

While competition in a man-made environment will offer previously impossible opportunities such as the creation of surrounding spectator environments, as well as certainty of scheduling, WSL CEO Speaker emphasized that nothing could ever replace the magic and mystery of world-class competition in the ocean. “We do believe that all stakeholders – athletes, fans, broadcast and corporate partners – will be super energized by the advent of Championship Tour-level competition with man-made waves,” he said, “but the ocean will always be our home, and the great waves on our tour will always remain the backbone of our competitive schedule.”

Speaker added: “No firm plans have been made for the inclusion of a man-made wave-based competition. We will be evaluating all the possibilities in the coming months with the Commissioners’ Office and the WSL athletes.”

WSL Holdings is the parent company of the World Surf League (WSL). The transaction is subject to the negotiation of mutually agreeable definitive documentation, among other customary conditions. Both WSL and KSWC will continue to operate independently as separate entities following the closing of a transaction. Financial details of the acquisition were not disclosed.

About the Kelly Slater Wave Company
Kelly Slater Wave Company (KSWC) is an innovative wave technology company. KSWC is the first company to develop a formula that combines cutting edge science, engineering and design to create the longest, open-barrel, high-performance wave in existence. The wave system can mimic the power, speed and experience found in the best ocean waves. As envisioned by 11-time world champion Kelly Slater, KSWC was created to evolve the sport of surfing by making it more accessible. The company is creating world-class, high-performance training centers where top athletes can perfect their talent. In addition, the company is looking at development applications for surfers of any level to enjoy the best man-made waves.