$6.5 Million later, KSWC Florida is on its way. 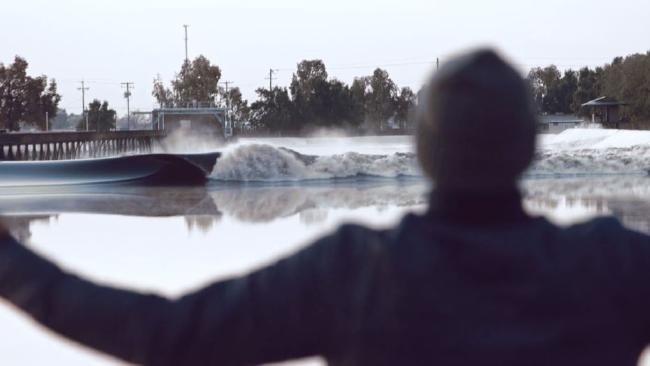 Kelly looks on at his California creation. Construction set to begin on KSWC Florida next year.

Kelly Slater and business partner Derek Ziff are not mucking around. The KSWC Florida location has officially been decided and purchased.

It will be constructed on an 80-acre site at the Palm Beach Park of Commerce along the Beeline Highway. The land was purchased

from American Equities Ltd. No. 6 out of Coral Gables, who originally acquired the spot back in 2004 for $5 million. Last Friday, November 10th a representative of KSWC confirmed that a payment of $6.5 million was made to close the deal on the 80-acre piece of property.

Robert Smith, Executive Vice President of commercial real estate brokerage CBRE who represented the KSWC said “Almost a dozen sites from St. Lucie to southern Palm Beach County were initially in consideration. The final site was almost twice as big as some of the others in contention, but the pricing, configuration, zoning and location suited the use very well.”

Back on October 26th, the Palm Beach County commissioners granted zoning approval across the board for the surf park. Kelly gave an interview after the meeting and stated that construction for the KSWC Florida location will begin in 2018 and he expects to be ripping turns in the pool by sometime in 2019.

The WSL as many know is a major stakeholder in the Kelly Slater Wave Co of which Derek Ziff is co-owner. Both the league and Kelly have dropped hints of a possible tour stop at the Palm Beach County surf park and confirmed that athletes will be training there. Although many things are uncertain, one thing is for sure. KSWC is coming to Palm Beach County Florida.

Shane Doria talks about the benefits of a surf park while he flows through Kelly’s Wave. East Coasters can look forward to watching the top guys train at the KSWC Florida location.