This week Surf Park Central had the chance to sit down with Murphy’s Waves to hear about the newest addition to their line of surf pool technology. During the interview we got the skinny on how this new technology offers greater throughput, lower operating costs, and a lower general price point among other exciting features. It’s a technology that Murphy’s believes could very well take the surf pool industry to the next level.

Surf Park Central: Which current technology has led to your success in the surf park pool industry?

Murphy’s Waves: The technology used in most of our current pools is generally referred to as a hydraulic or “dump” system.

SPC: How do these waves work?

SPC: How frequently can your “dump” system push out waves?

MW: Typically this system can produce a midsize surf wave every 35 – 40 seconds, and a maximum size wave every 60 – 70 seconds depending upon pump & pool size. Over the years this system has been fine-tuned to deliver a high quality surfing wave from a very reliable system that has been proven with over 20 years service.

SPC: So what is the next step for Murphy’s Waves then?

MW: While this system is still applicable to today’s water park market, we feel that we need an alternative for the new surf market that is emerging, and that is why we have developed “Double Barrel Surf.” 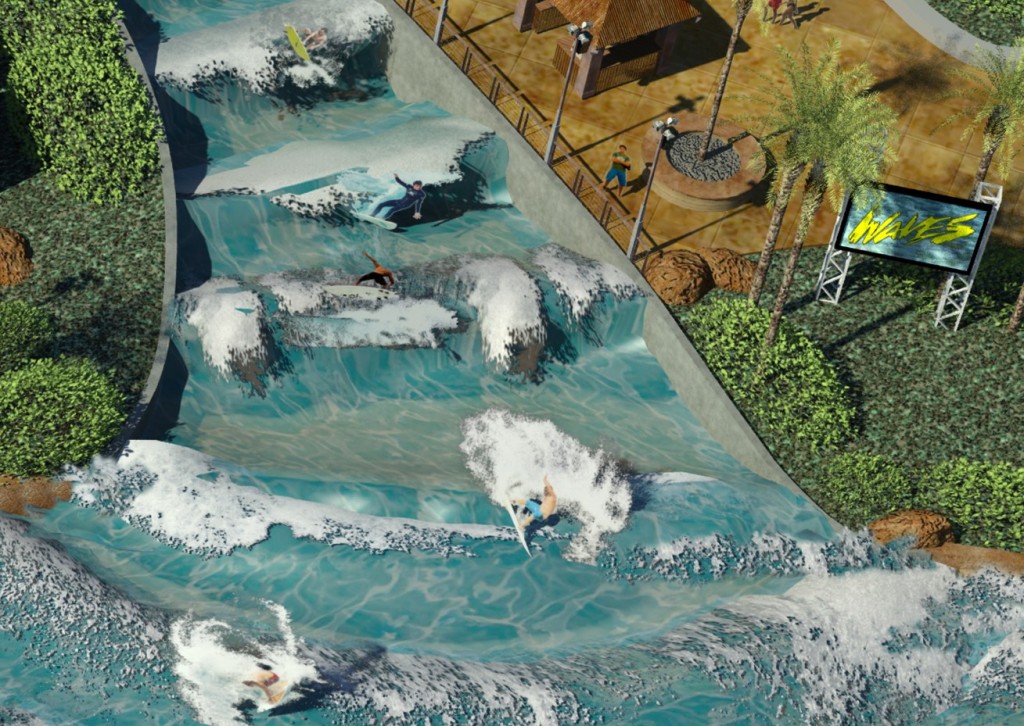 SPC: What makes the new “Double Barrel Surf” different from the current systems?

MW: This system uses completely different technology from our existing surf technology. It’s a mechanical system that draws on advances in the scientific & research industry to make it applicable for the surf industry.

SPC: How does the new system technology compare to the original “dump” system?

MW: During the development of this new system we set ourselves the following goals:

1. Greater Wave Frequency
Our existing surf system can produce at surfing wave every 40 seconds, Double Barrel Surf can generate 20 waves per minute. This very substantial difference gives the client/operator a far greater opportunity to ensure that his venture is financially successful.

3. Lower Selling Price
Our existing surf system sells for around £1,300,000 based on a 30m pool width, while our initial investigations show that we can sell Double Barrel Surf for around £600,000 – £700,000, but we will wait until the next stage of development before firming up on this figure.

4. Low Ongoing Operating Costs
Our existing surf system has an installed power of around 28kw/m width (844kw = 30m wide), Double Barrel Surf operates at around 19kw/m – the design that we are looking at just now serves 2 x18m wide pools with a total power of 333kw.

SPC: What are the dimensions of the Double Barrel Surf wave?

MW: Double Barrel Surf will produce perfect 1.5m high surfing waves every 6 seconds, however as the system is unique in that it generates waves off of both the front and rear faces, this equates to 20 surfable waves per minute.

SPC: How does the Double Barrel Surf work then?

MW: Double Barrel Surf is a modular system that comprises of wave making flaps each 2m wide, each flap is driven by a single 37kw motor through a unique but proven drive system.

SPC: Did you try any other technology systems before going with the flaps?

MW: Double Barrel Surf utilizes a flap surf wave generator to simultaneously produce waves in two back to back pools, part of its uniqueness is that these pool can have quite different characteristics, for example one could designed purely for surfing while the other might be designed for boogie boarding, or even general family recreation. This concept appears to have a great many advantages and as such is very relevant to what is happening in today’s evolving market. 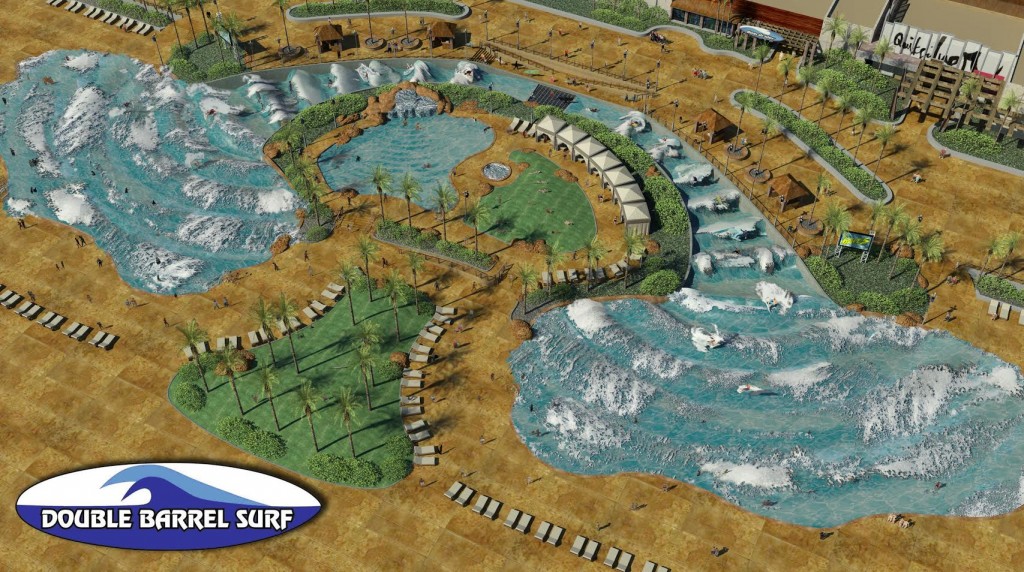 SPC: What kinds of implications regarding carbon footprints are accompanying the Double Barrel Surf pool?

MW: Our existing system, and the much talked about, but never commercially deployed “cannon” system both introduce a large volume of water into the pool at around 500 – 600 tons per wave. As such these pools need to be very large to provide both a surfing area and also deal with the volume of water in the wave. It is very important that the wave is successfully captured at the beach end and the water redirected via return channels to the pump. The Double Barrel Surf does not introduce any additional water to the pool, as such the pool can be smaller, construction costs will be less, and there are no complex build-in requirements. 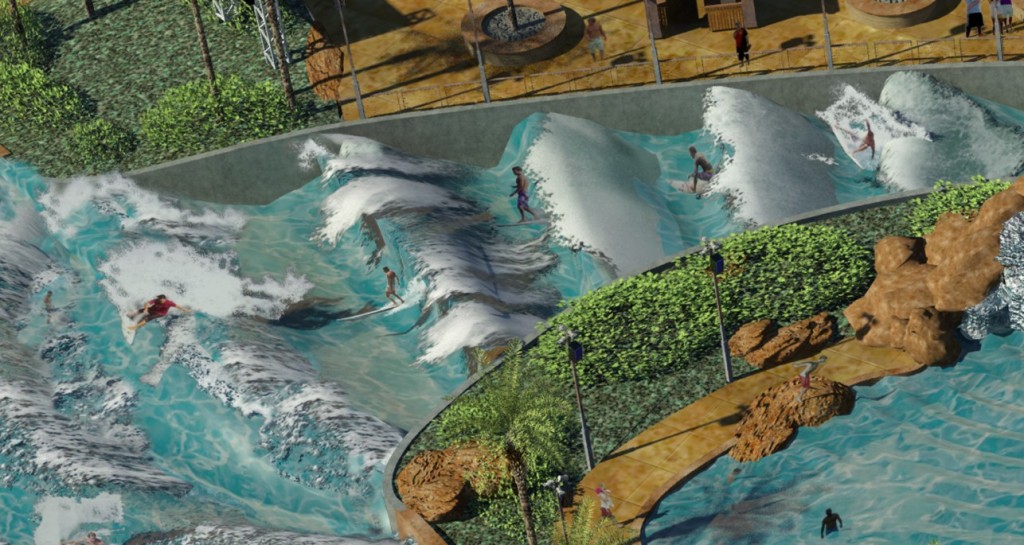