Dubai may have plenty of water, but aside from the odd shamal whipping up the waves, there isn’t much of it you can ride. Emirati surfer Mohammed Rahma, though, has made the most of what the UAE does have – and has become the first Emirati surfer to represent the country on an international professional level in the process.

“I go to the Wadi Adventure wave pool in Al Ain,” says Rahma humbly, as we speak about his training on the phone. The 28-year-old discovered his passion for the sport just four years ago and previously, when he wasn’t travelling the world in search of a big swell, you could find him down at the waterpark’s Surf Pool. “It’s a really good training place for me,” he says. “That’s where I like to do all of my training before I compete or go away on a surf trip.” 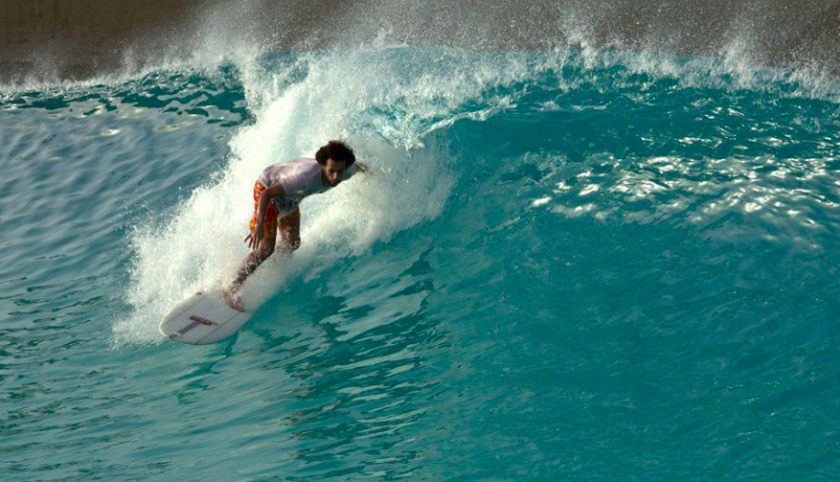 That wave pool is presently closed until further notice, but with the international surf season picking up, Rahma is speaking to us from The Maldives. Somewhere where he has no need for simulators. “The waves here are insane!” he enthuses. “This for me is absolute paradise.”

Rahma is there to compete in the world qualification series. That would normally be an achievement in itself. Let alone for the fact that four years ago he’d never even tried the sport and is now surfing huge waves against top level talent. “I used to play rugby,” he explains. “I played for the Arabian Gulf and was in the Rugby World Cup in 2008. But when I injured my knee, part of my rehabilitation was running in the water, and that’s when I saw people surfing. I was like, ‘Oh my gosh, this looks fun!’ So when I was okay and back on track, I tried to surf. And now I’ve fallen in love with it.”

Modest about his achievements, but bubbling with enthusiasm for his sport, Rahma participated in an ISA competition in Spain last month, where he made it to the second round, and as we speak, he’s through to the third round in The Maldives.

He has realistic expectations of his achievements, but his desire to surf at an international level goes beyond his own personal ambitions. “Part of the reason I’m doing this is to open the pathway for younger generations, and young Emiratis,” he says. “If, when I was younger, I had known about surfing, I would have started much sooner. You never know what I could have achieved – it could have been more than what I’m doing right now.”

According to Rahma, the only thing holding back Emiratis and expats from getting into surfing is a lack of both waves and awareness. “The only time we have waves here is during the winter. In the summer they don’t see it [the sport] before their eyes, and they don’t see it on TV, or read about it. So there’s no information and awareness of the sport. That’s the only reason we don’t have more uptake.”

In some countries, like Australia and the US, surfing is a serious sport, with dedicated TV channels and big money to be won at competitions. Over here, Rahma is a professional but still maintains his day job working for Etihad Airlines, although he has been fortunate to get some sponsorship from Rip Curl and Go Pro, which has helped in part to fund his championship dreams. As for his hopes moving forward, it may yet take a generation for the UAE to become a nation of surfers, but Rahma says the reaction he gets from his peers is always positive.

“They are always very impressed that there’s a competitor from Dubai,” he says. “They cheer for me and I get a lot of attention because people are curious. It’s always a conversational opener!”

Who knows. Maybe one day, if he maintains the ethic that has got him so far already, these small ripples will lead to a swell of home-grown surfers and support.