Welsh Ministers grant £4m in funding for the Wavegarden surf  park in Snowdonia.

Soon after the ground-breaking ceremony at Dolgarrog in the Conway Valley, the Surf Snowdonia team was delighted to hear that the signifant grant was awarded by the local government.

Tourism Minister Edwina Hart called it an “iconic attraction for Wales” during a visit for a ground-breaking ceremony at the site. Hart says, “Surf Snowdonia will add a unique facility to an existing cluster of world class activity tourism products in the north Wales region and will drive growth by attracting additional higher spending visitors.”

The venue is slated to include a Wavegarden surf lagoon,wakeboard lake,  water slide,  lodges, restaurant, retail and play facilities and parking for up to 250 cars. The ground-breaking also marks the opening of new 100 construction jobs, which will be followed by 60 jobs on site once the surf park opens.

Surf Snowdonia is the first of the new wave of surf parks to receive governement funding and the success sends promising signals to future projects.

Check back for updates about the project and a detailed look at how the Surf Snowdonia team secured the grant. 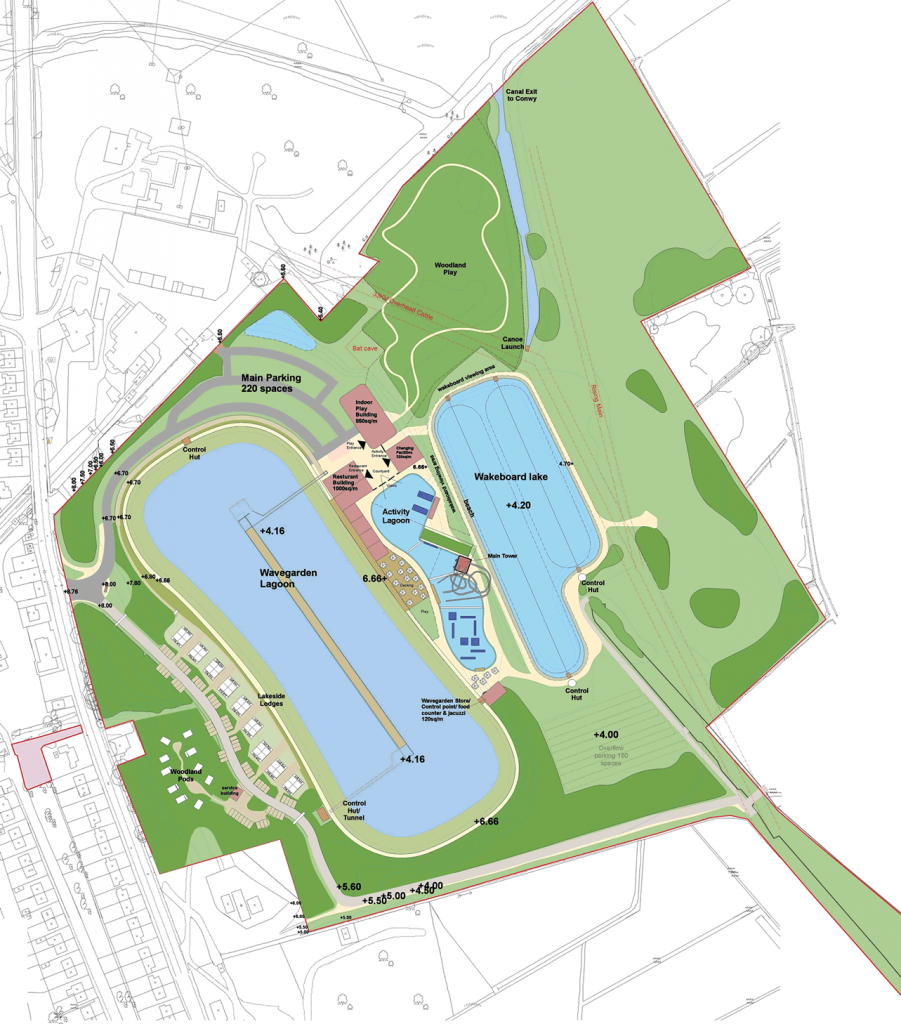