Several of the WSL’s top female surfers Coco Ho, Malia Manuel, Sage Erickson and Lakey Peterson were recently invited by Kelly Slater, the World Surf League (WSL) and his team at KS Wave Co to enjoy a day at the Surf Ranch in Lemoore, California.

Kelly Slater Wave Company’s first full scale prototype and dedicated man-made wave research facility has quickly become the world’s most iconic and well known surf pool in the world. That said, it’s certainly not a surf park and not a facility most mere mortals will have the chance to enjoy in this lifetime. Unless you happen to be one of Kelly Slater’s best friends, an up and coming surfing superstar or surf legend the likes of Tom Curren or Endless Summer star Robert ‘Wingnut’ Weaver. 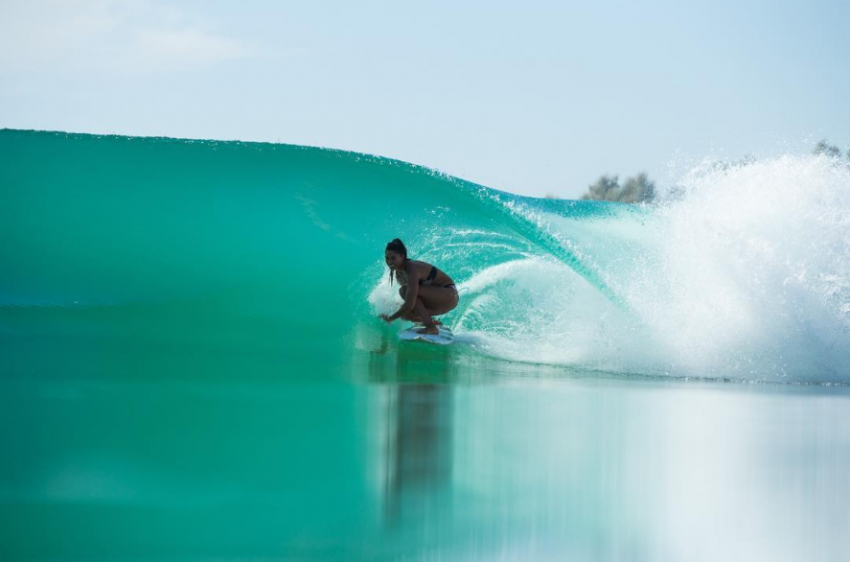 Fortunately for these ladies, they happen to be at the peak of their professional surfing careers with all of them ranked in the top 20 female surfers of the WSL Samsung Galaxy Championship Tour.